Student-athletes are in a unique position to compete in the influencer industry and sign brand deals. They can easily build a following due to their high visibility, and many of the techniques and discipline they discover as athletes make their brand safe to prospective partners.

Not only can student-athletes now start their businesses, but experts estimate that their income could be doubled if they learn how to turn their social media presence into a brand.

The majority of college athletes on social media will be what the influencer marketing industry refers to as “micro-influencers,” with 1,000 to 5,000 social media followers.

Typical micro-influencers, on the other hand, have a niche or focus for their content, such as fashion, technology, fitness, and so on. It can be assumed that, up till now, most college athletes were probably using their social media channels like usual college kids, posting pictures of vacations, debating whether LeBron James is superior to Michael Jordan, or posting choreographed dances on TikTok. So it remains to be seen whether the average college athlete will be a valuable influencer.

Where it gets tricky is with the most well-known student-athletes, who may surprise you with how much reach they have. Darren Rovell of Action Network recently named his Top 20 Athletes who are Top choices to Capitalize on Name, Image, and Likeness, and the list provides an estimate of how much scale advertisers are gaining.

Athletes will be able to sign contracts with agents or other representatives to assist them in obtaining endorsement deals.

Some, but not all, state rules, for example, prohibit athletes from endorsing liquor, tobacco, or betting products. Some laws, though not all, forbid athletes from using school emblems or other copyrighted content in social media promotions.

So why are college athletes the ‘next big thing’ in influencer marketing?

According to some projections, influencer marketing is a $5 billion to $10 billion industry and therefore is likely the most powerful monetization tool available to today’s athletes.

Some companies may make one-time deals with players in exchange for them posting about the brand online, or they may pay student-athletes to advertise a brand over time. Experts believe that a popular option will follow a multi-channel network approach, in which athletes would hire intermediary businesses that would partner with brands for endorsement deals and product placement, as well as sell ads on college athletes’ social media channels. Many well-known influencers rely on these contracts to monetize their social media platforms.

The NIL creates equity for young athletes and their families, allowing players in any sport, regardless of status as well as gender, to leverage their commercial viability and live a more sustainable lifestyle.

According to an NBC News article, the average college athlete earns between $10,000 and $30,000 per year through digital marketing and brand sponsorships.

College athletes are now exploiting their skills to capture the notice of substantial monetary opportunities, with 98 per cent of college students using social media regularly.

Student-athletes are natural leaders who represent more than just themselves; they portray their team, their school, and everyone associated with them.

College athletes in high school and college could become influential and affect real change on a large scale, but there are many obstacles to overcome implicated.

ADVANTAGES OF PARTNERING WITH COLLEGE ATHLETES

Due to their presence on social media, universities and colleges have suspended and even rebuffed players. It has become more widespread as coaches, administrators, and parents have learned how to police social media platforms and uncover potentially inappropriate exchanges.

When it comes to reinforcing student-athletes positive use of social media, validation and acknowledgement are powerful tools. Users can invest in the players and highlight who they are through write-ups and exciting iterations of intense gameplay on social media.

There are numerous social platforms to choose from, ranging from Instagram to YouTube, and each offers a unique service to athletes and the viewers they are attempting to reach.

Kiesha Brooks, a former University of Mississippi track star and brand ambassador says she learned how to customize her posts specifically for each platform.

Now as an example, College athletes’ social media usage is turning to tools like Linktree to simplify their social media profiles and self-image.

According to Linktree data, more than 2 million influencers, as well as athletes, will be using the platform by September 2021 even in the presence of social media giants like Instagram and Facebook. Linktree is a digital advertiser’s dream, with features to help with monetization, audience growth, and brand building. 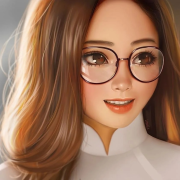 Create invoices for your customers in minutes with Woocommerce Invoice

How Long Does SEO Take?

How To Get The Best Ecommerce Product Photography in 2022

Why and Where Should you Use React for Web Development?